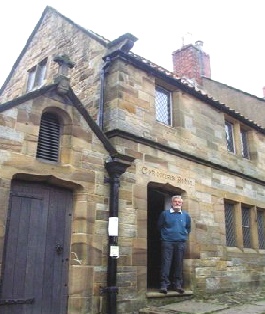 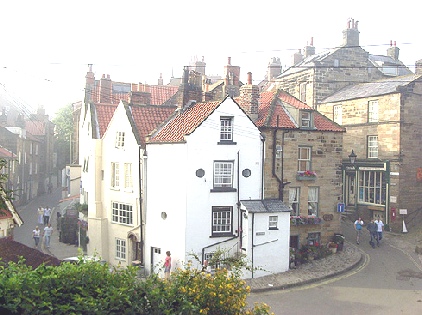 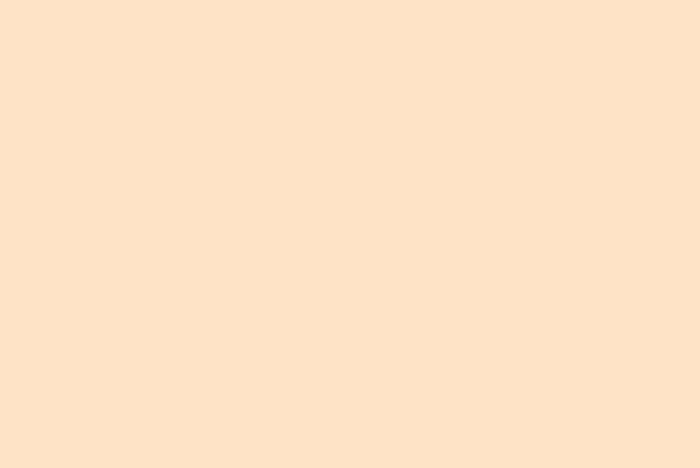 The museum has only three rooms but a lot of local interest is crammed into this small space!

The old Coroner's Room, converted from an old cottage by the Rev. Cooper in 1891, has displays about fishing and shipping in Bay including details of some of the many shipwrecks and rescues that have occurred here. Artefacts include items from the last lifeboat to be stationed in Bay and several models of some of the sailing ships associated with the village.

Smuggling was once a flourishing activity in Bay. Read about who was involved (it may surprise you!) what was smuggled (that may be a surprise as well!) and see what contraband you can discover hidden about the person of the old fisherwife!

Upstairs there are displays about the local Friendly Societies, including our prize possessions, the original banner of the Robin Hood and Little John Friendly Society and an original Robin Hood’s Bay Halfpenny! 1000 years of Fylingdales history is described with the aid of a series of old maps, and a new display for 2022 of ‘Ships in Bottles’ made locally.

In the old mortuary are artefacts depicting life in and around the village over the centuries, 'from the cradle to the grave'. 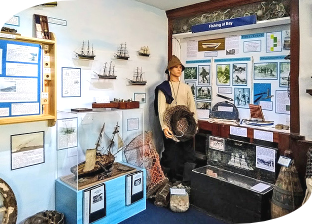 We have re-published what has been called “The best book on  Robin Hood’s Bay ever written”:

“A History of Robin Hood’s Bay”

by Barrie Farnill. This 112 page book costs just £6 and is available at the Museum, or from local shops, e.g. Muir Lea Stores, Station Road Stores,

We have also re-published Pat Labistour’s book about Smuggling in Robin Hood’s Bay “A Rum Do”.

It costs just £5 and is available at the Museum, or from local shops. We are also stocking the recently published “Songs from Robin Hood’s Bay”, a unique time capsule of songs from the days when Bay was full of sailors, shipowners and sea captains. Just £6 from the Museum and available online from bookshop.rhbay.co.uk